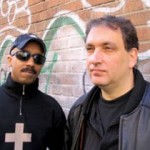 Moses McClean Productions is the musical duo of Mitch Moses and Vince McClean, two expatriate Brooklynites who share many varied experiences in the music business. Their discography includes work with everyone from P Diddy, Case, Femi Kuti, Brooklyn Funk Essential, Kenny Bobien, Black Rob to Peter Gabriel, Youssou N’Dour, Michael Brecker and Vanessa Williams. Being two night owls, they have been denizens of the NY club scene for some time.

Dance Music with its immediacy and vibrancy was a natural fit for these guys. Through the years they have had releases on many of the important labels from Strictly Rhythm, Eightball, Nu Groove, Vestry, Next Plateau, West End, Freeze and many more. They have also recently worked with artists on Warner Bros. and Universal Records creating a song for Shaliek Rives that Doug Morris, Chairman of Universal Music Group, says is one of the best compositions he has heard in years. Vince and Mitch’s diverse musical past of performing in Rock, Funk, Jazz and Pop bands over the years has given the ability to excel in many musical genre’s. Bringing these experiences to each project has made their productions rich and varied, always pushing the boundaries and blurring the lines between the genres to make for a colorful and imaginative musical journey.

Their work with Roger Black and Rob Burns, two incredible vocalists, has also appeared on many dance records over the years. Roger sings background for many Hip Hop / R&B artists and was wooed into the club game by Mitch and Vince after meeting them on a session. As is proof positive on “Share Love”, Moses McClean has once again shown the beauty of mixing different styles to create a wonderful song for Phuture Sole Recordings. Listen and enjoy the complexity of diversity.