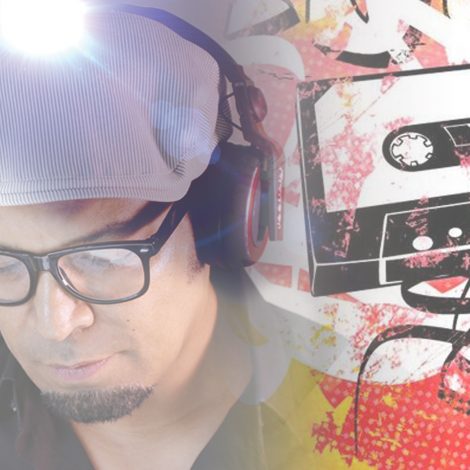 Aladdin hails from the San Francisco Bay Area, and has now found home in Miami Beach. Where he has solidified his roots into a local DJ hero.

As a child growing up Eddie-Rey aka Aladdin was exposed to a melting pot of musical sounds such as Soul, Funk, Disco & Rock, thus developing a wide rage of musical tastes.
Aladdin and his brother Tony would secretly remove the parent’s turntable player from the living room to a secret place in their home to play records.
They would emulate the sounds heard coming from the radio on then local radio mix shows: KDIA fm radio, Mixmaster Michael Erickson (Oakland California) & KSOL fm radio Mixmaster Cameron Paul (San Francisco).
The sounds they would try to duplicate were often described as abusive & looping sounds from the tweaking of the needle.
Today it is known as mixing and scratching…This would be the beginning of a venture created by musical fate.

As a DJ Aladdin has played everything from early hip hop, soul, funk, freestyle, Disco & very early electronic music by pioneers such as Kraftwerk, Mantronik, Masters at Work, and others.

Aladdin’s music is embodied by all of these genres, and infuses bits and peices of his musical experience into his musical production. His portfolio of releases can be found on Emerge Recordings, United Music Records, Audio Bite Records, True Tone Records, Cabana Recordings and more.

An attendance to weekly underground house music parties injected a compulsive habit to collect house music. He soon became one these unsung house music heroes that so passionately conducted the dance floor.
Realizing in order to play the music he loved he would have to go underground and began organizing his own parties.
One of Aladdin’s claims to fame was San Jose’s very first early morning after hour party “eMERGE” @ ” 301 Stockton ” Founded & owned by longtime friend Paul Orozco.
“eMERGE” became the longest running underground weekly after hour party in the south bay.

DJ Aladdin is noted to be one of Miami’s local favorite DJ, he currently holds down a 17 year long present weekly residency at the famed watering well Segafredo Lincoln Rd. in Miami Beach.
In an addition to his involvement in the Miami Beach music scene he is responsible for the week long events at Segafredo Lincoln Road during the full week of Miami’s Winter music conference,: Winter music conference is a week long electronic music conference. which attracts over 50,000 music moguls. http://www.wintermusicconference.com/

His persistent drive & talent has captured many in the house music community, and has established local residencies and close working relationships with some of Miami’s infamous dance music promoters: Aquabooty.

Always delivering an energy packed soulful DJ set on the dance floor, you can expect being taken on a journey as DJ Aladdin tells a story through his turntable poetry.
Aladdin says he still prefers a “true house music” crowd, but he still enjoys educating the ones that are not.
“A lot of times i am playing for myself, I know that sounds selfish but if the music is good & I set the vibe the crowd will follow”
“And some of the time its about where i am playing and what i am playing, cause to me it just seems like sort of an inner soul experience, like take for example the 6 senses, one of those is sound and I believe your hearing has a lot to do with how people are in this day and age, & how it affects that very moment… stimulating the mind & Body”. “I believe its one of the way to your soul”.
Music just sets your soul free, Music makes people feel good, and i like to make people feel good”.

Another Day In paradise ep

Give me the Edit ( DJ Aladdin Edit )